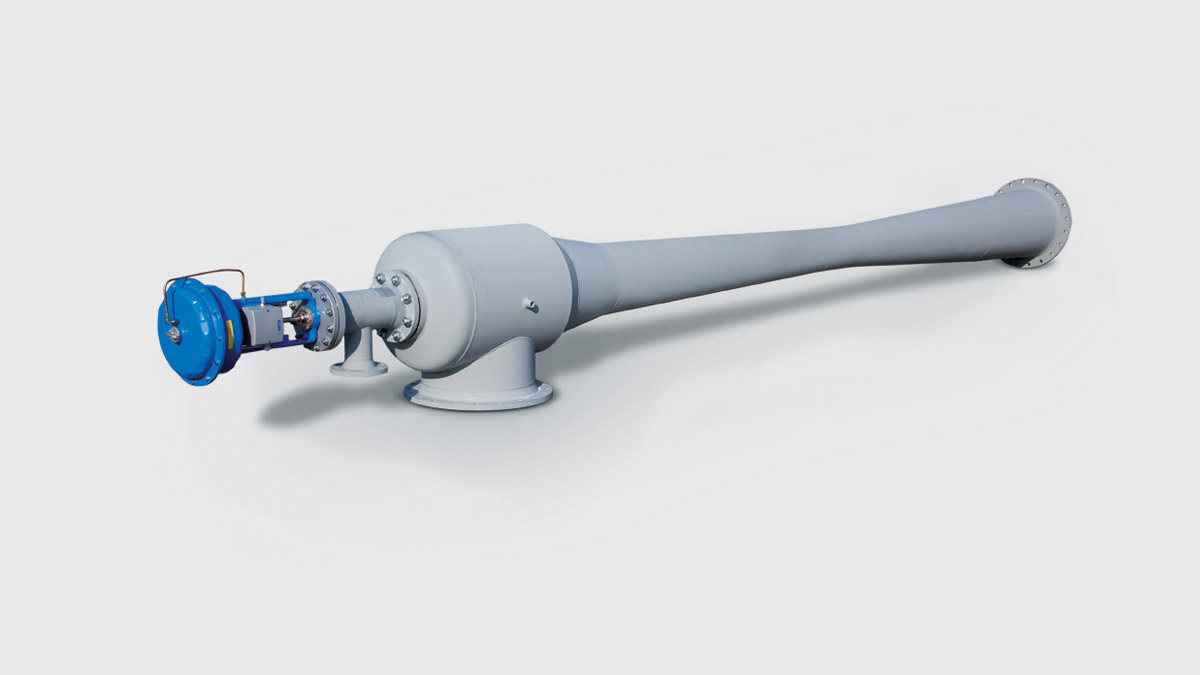 GEA is supplying Olin, a North American manufacturer of chlorine chemicals headquartered in Clayton near Saint Louis, with a thermal vapor recompressor for a distillation plant at its Stade site. The nozzle-needle controlled steam jet compressor enables the specific steam consumption for the thermal separation technology to be reduced by up to ten percent. For Olin, the reduction in specific steam consumption and the entire system for thermal separation technology has a positive impact on operating costs.

The overall system was developed in close coordination with Olin and all the requirements defined in advance by the customer. In addition to the size of the jet pump (DN 800), the large control range was a challenge in planning the project. The choice fell on a system with a nozzle needle-controlled steam jet compressor. These are used for tasks that require a wide load range. Their advantage over control by a throttle valve is the constant high motive steam pressure. In this case, the adjustment to the required energy takes place exclusively via the control of the motive steam quantity. The loss of power that occurs with throttling is eliminated. This enables savings of up to ten percent in steam consumption.

In principle, nozzle needle controlled steam jet compressors can be used wherever excess waste heat can be compressed to a higher pressure level for further use as process energy. 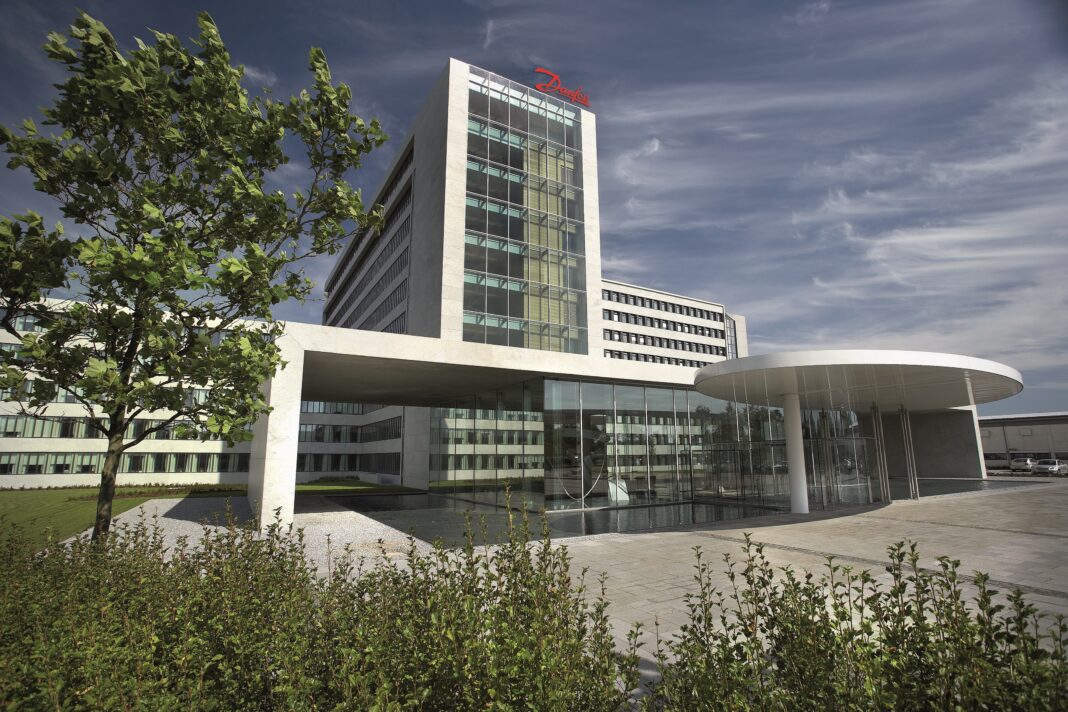 Danfoss, which is active in the fields of heating, cooling and drive technology, is calling for the adoption of comprehensive climate protection measures on the occasion of the UN Climate Conference COP26 in Glasgow. According to the company, which is headquartered in Nordborg, Denmark, only if political decision-makers remain committed to the 1.5-degree target of the Paris Agreement and are prepared to create appropriate framework conditions will the concrete climate protection-related efforts of the private sector have a chance of success.

In the opinion of those responsible, priority must be given to increasing energy efficiency across all sectors, as this is where the greatest potential lies for achieving climate targets while at the same time strengthening economic and employment growth. Experts believe that around 40 percent of the CO2 savings required in the energy sector can be achieved through improved energy efficiency alone. But in fact, figures from the International Energy Agency show that progress in energy efficiency has reached a ten-year low. Globally, only a 0.8 percent increase in efficiency was achieved in 2020. Compared to the previous two years, the rate of increase has thus halved.

In an open letter to COP26 conferees, CEO Kim Fausing joined more than 90 other business leaders in criticizing current policies and calling for a rethink on several levels at once. The signatories of the letter are all members of the Alliance of CEO Climate Leaders and have voluntarily committed to aligning the entire value chains of the companies under their control with the Paris climate targets. Their central point of criticism: despite a commitment in principle to the 1.5-degree target, countries that are responsible for 60 percent of global CO2 emissions have so far addressed only one-fifth of their emissions share with their directives and regulations. Against this backdrop, the CEOs call for the following steps, among others:

“Businesses are ready to step up their investment in climate action – but greater ambition and concrete action is also needed from political leaders if we are to reduce our CO2 emissions to zero by 2050. The time for talk is over.”

Global organizations that have blazed a trail of innovation to conserve and improve water resources and implement sustainable processes have been recognized for their pioneering work. Recipients of the 2021 Lighthouse Awards include companies such as Carlsberg and Google, as well as organizations such as utilities. Now in their second year, the awards are presented by the Brave Blue World Foundation, a nonprofit organization that promotes scientific and educational stories related to water.

The award-winning organizations, so named because they are role models for others, have developed new ways to use technology, finance or partnerships to incorporate circular thinking into their practices to reduce their impact in water-scarce regions or build resilience in their local water systems.

“The Lighthouse Awards honor pioneers who are championing water innovation to create tangible change in their organization or community. They also provide us with an opportunity to raise awareness of the remarkable work being done in the global water community. The achievements of the 2021 awardees show us what is possible when bold ambitions are supported and encouraged. We are proud to honor the stories of these visionaries who are showing us the way to a sustainable water future.”

The selection process for the award, conducted by judges from technology market research firm BlueTech Research, was based on a set of criteria and was divided into project themes. These included blue-green infrastructure, water reuse, partnerships and communications, nature-based solutions, regeneration, watersheds and circular economy.

Effective respirator according to FFP2 standard 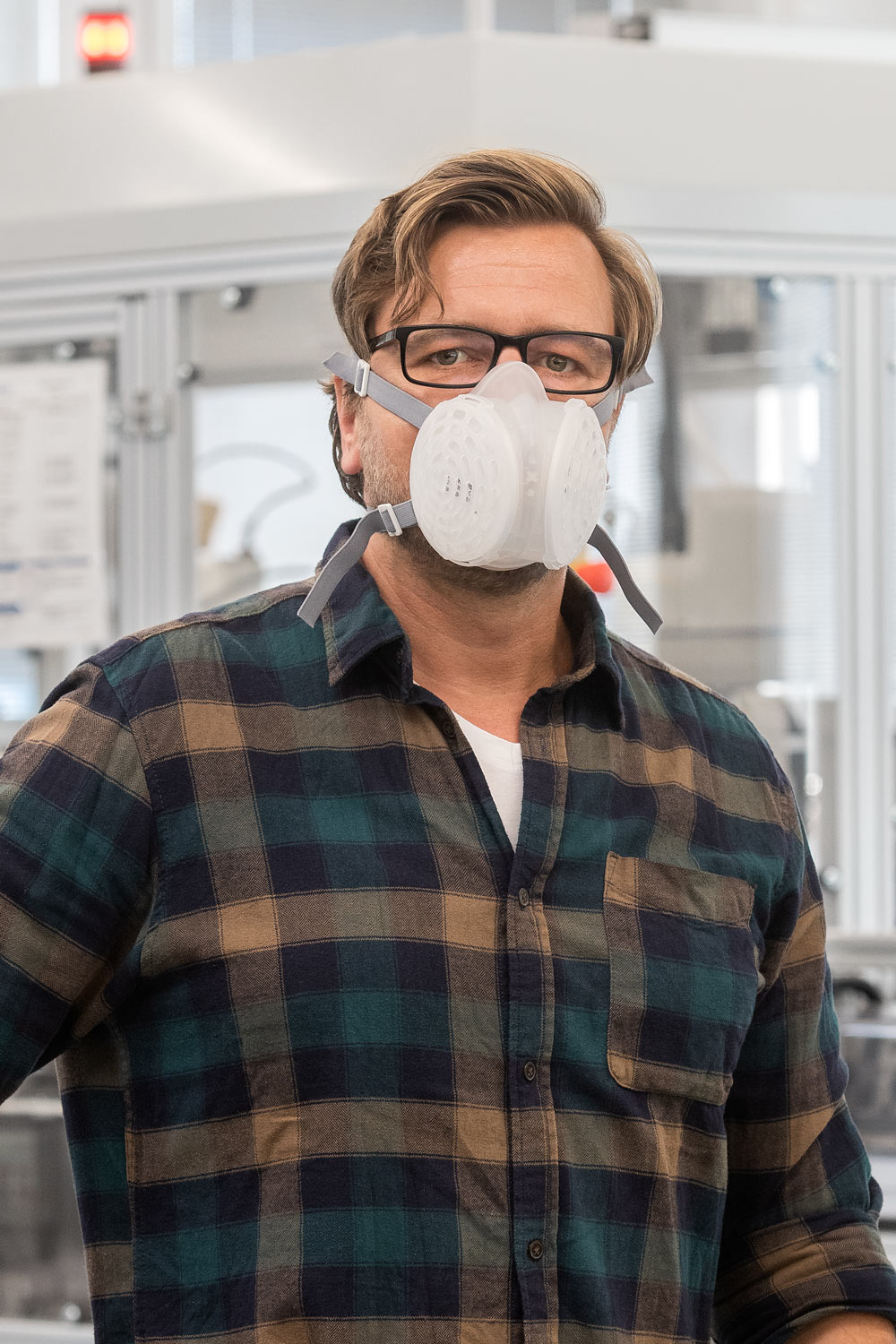 Now the Schmersal Group has developed a particle-filtering half mask without exhalation valve. The reusable SPM100 respirator meets the requirements of EN 149:2001+A1:2009 FFP2 and is available immediately. It reliably protects medical personnel and employees from solid and liquid aerosols even in other workplaces – for example, in a work environment with dust exposure.

The mask body of the mask is made of medical-grade, biocompatible polypropylene (PP) and is reusable. The mask is sealed by a silicone profile that can be easily removed for regular disinfection and then just as easily reinserted into the mask. The filter caps are easy to disassemble and allows for easy filter replacement. All reusable parts of the mask are made of resistant materials that allow cleaning and disinfection.

The mask is used with an FFP2 filter cartridge, PPE category III, to prevent inhalation or transmission of particles, droplets and aerosols. This filter device filters certain particles from the air inhaled by the wearer within the specified limits of the filter used.

“In developing the respiratory protection mask, we benefited from our many years of experience in the fields of safety technology and occupational safety. We ensure that people work safely and stay healthy even in times of the coronavirus pandemic.”

In addition to the respirator, the Group offers other products and services that protect employees in their work environment from the coronavirus. These include “Schmersal Access Control” (SAC-IO-20), which enables the digital organization of access management with limited visitor numbers, e.g. in retail. This is a traffic light system with an integrated counter that automatically counts the number of visitors entering a store or other facility.

In addition, tec.nicum, the Group’s service arm, offers companies in all sectors the execution and documentation of a “risk assessment for infection prevention,” which is mandatory for all employers under the Occupational Health and Safety Act – regardless of an acute coronavirus pandemic.