Based on the freely scalable 3D model, it is possible to display the complex inner workings of the pump and examine the model from all directions and viewing angles. (Picture: Lewa)

After the augmented reality app (AR) from LEWA, the Leonberg, Germany-based pump manufacturer , attracted lots of attention at the Achema 2018 and Hannover Messe 2019 trade shows, the range of applications is now being expanded. The app was originally intended for use during trade shows only, but it is now being offered to all interested users as a free download from the Apple App Store as of July 2019. After the AR app was launched at the leading trade fairs mentioned above, Lewa received many inquiries from customers and interested parties concerning individualized options for use. “The level of interest in the app and the frequent inquiries surprised us, since the program was originally developed to improve the visualization of the mechanics of our pumps at trade fairs,” reported Thomas Bökenbrink, Lead Product Manager Pumps at Lewa. The AR solution was further developed for Hannover Messe 2019 to display the model of an Ecoflow process diaphragm pump in the new LDZ drive size with three different pump heads on a tablet, and show how the pump can be freely positioned within virtual space. Using ground plane detection, the tablet’s camera detects the floor of the relevant room and positions the model inside the room on the screen. The pump can be viewed from all directions and viewing angles, and clearly shown thanks to the 3D depiction of the complex inner structure of the pump. The model is also freely scalable, enabling the size of the pump to be adapted to the available space. In addition, the app can animate pump operation and its behavior in exceptional situations.

“With pump visualization, we have the ideal virtual training and trade show exhibit. We can also imagine using in the service and maintenance segment to better explain the functions of the pump based on the virtual model,” said Bökenbrink as he explained the versatile app’s options. In the first version, available in the Apple App Store as a free download under the name “orange showroom,” the model of the Ecoflow process diaphragm pump in the new LDZ drive size is initially available for virtual viewing. The app runs on all Apple iPads with iOS 12.0 or later, the app is not available on the iPhone. Lewa is planning to successively add other pump types in the application. “To us, our AR app represents a big step forward with regard to the simple, clear visualization of our products. It enables us to always have our pumps on hand and produce them as a digitally savvy way to explain our pumps based on their virtual representation,” Bökenbrink summarized. 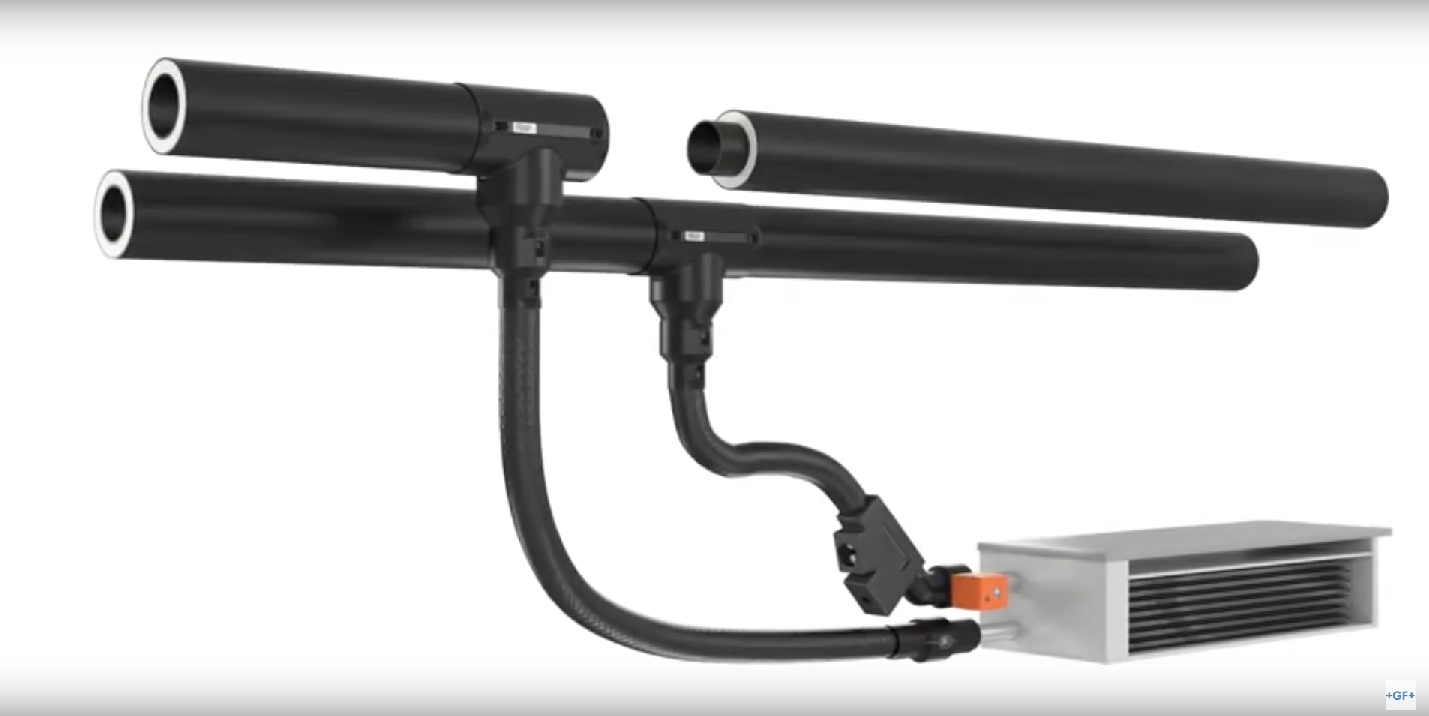 As a contribution to the worldwide initiative to reduce CO2 emissions and environmental impact, GF Piping Systems brings a revolution to efficient cooling. The efficiency of a cooling plant is defined by the system’s Coefficient of Performance (COP), the heat transfer rate at the air cooler and the efficiency of the chilled water piping system.

One of Viresol’s main concerns was to reduce the company’s ecological footprint. Above all, it was about using less energy and water. Flottweg supplies the right overall package for this: two Tricanters, four decanters, two Sedicanters and the right equipment. These include dough mixers, curved sieves, pipes and the static design of the hall. This enables various products such as starch, gluten, maltodextrin, feed and ethanol to be produced in an energy-efficient manner. Flottweg industrial centrifuges also reduced water consumption.

Whether in telecommunications, transfer technology or data system engineering, system availability is always a top priority. Control Plex Rack is a complete intelligent system for power distribution and overcurrent protection, combined with control and monitoring technology.

Control Plex Rack supports system uptime by using electronic overcurrent protection. It selectively disconnects loads in the event of a failure and prevents the entire system from shutting down. The Control Plex Rack’s modular design offers our customers a tailor made and very cost efficient system for their applications. The hot-swappable, plug-in design of the components and their plug-and-play capabilities ensures flexible system expansion during operation.